The extreme shift to the wrong that has gripped the Western world for some years now is taking on ever more extreme and unimagined proportions. Orwell’s 1984 often seems like a children’s book in comparison. War, surveillance, imprisonment of disagreeable journalists, unspeakable propaganda and a relapse behind even the simplest „bourgeois ideals“. A relapse behind the Enlightenment. Freedom? Equality? Fraternity? that is no longer desired. This is such a blatant regression behind the history of mankind that one can no longer speak of reactionary.

So what is it then? My theory is, it is panic! As long as globalization promised money and inequality, it was desired. As long as digitalization seemed an abstract word for engineers, it was ignored and laughed at with „Cyper, Cyper“. But now it is becoming clear. Globalization has taken place and people, states and the economy are extremely closely linked. This is now historical (perhaps should have read Marx after all), no one can turn it back.

The same applies to digitalization. To a certain extent, this has taken place unnoticed by the masters and elites. Now, 30 years later, they realize that there is something they don’t understand, that they can’t control and that even 88 tanks from Rheinstahl won’t be able to shoot at. And that’s why they are now starting to go crazy with their old means. With law, police and violence. This proves, among other things, the now planned chat control – all digital communication should first be sent to the prosecuting authorities and evaluated there using AI. So every letter is to be read, even the one to grandma. And a little dirty talk with Annegret? Then someone will read it and use it against you on occasion. The life of the others.

—-> here the CCC to it https://media.ccc.de/v/divoc_bb3-48946-briefgeheimnis-wahren-chatkontrolle-stoppen#t=40

As depressing as this sounds, it holds a chance. Panic makes you weak. They believe themselves even though they know they are lying. they realize they have been played and lash out. No one can read my communication if I don’t want them to. If you want to ban end-to-end encryption, you have to ban mathematics and then we would really have arrived in the Middle Ages … but as Galileo Galilei said so well „And yet it turns!“ 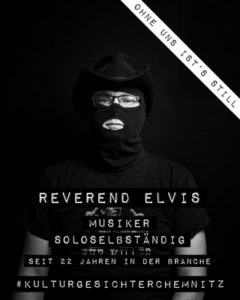